Despite the tiny changes in dollar pairs to start the day, the forex market remains focused on the vulnerability of the greenback this week.

The USD / JPY breakout below 105.00 yesterday now brings the price action closer to 104.50, with the 100-day moving average (red line) @ 104.40 acting as a key support level to limit any further news downward momentum at the moment.

A pause below which will put the focus back on the 104.00 handle next.

Meanwhile, buyers have a lot of work to do trying to regain near-term momentum with the major hourly moving averages seen only at 105.03 and 105.18.

As such, they will need to move back above 105.00 in order to even start attempting to tip the pair’s bias higher again.

The decline in the USD / JPY is not helped by the decline in Treasury yields from the week’s highs, but the potential weakening of the dollar does not help.

As mentioned yesterday, I’m not a big fan of the Dollar Index, but the breakout below the resistance of the broken key trendline brings attention back to 90.00:

I take this as a sign of the dollar sentiment in play right now and adding to the EUR / USD rebound from its 100 day moving average, things look risky for the dollar.

Heading back to the USD / JPY, there are large expirations at 104.95-00 ending on Friday that could further limit gains – which will help give sellers an extra layer of defense if the action of the price was back on the rise in the coming sessions.

As for today, the market will look to US CPI data and Fed Chairman Powell’s speech for more clues on how to proceed.

Overall, the yen could also see entries in the coming weeks against a backdrop of tax repatriation before the end of the Japanese fiscal year. So this is a factor to also take into account when comparing with the technical levels and other factors above.
Invest in yourself. Check out our forex training center.
Tags
changed day JPY levels remains USD Watch
Facebook Twitter LinkedIn Tumblr Pinterest Reddit VKontakte Share via Email Print 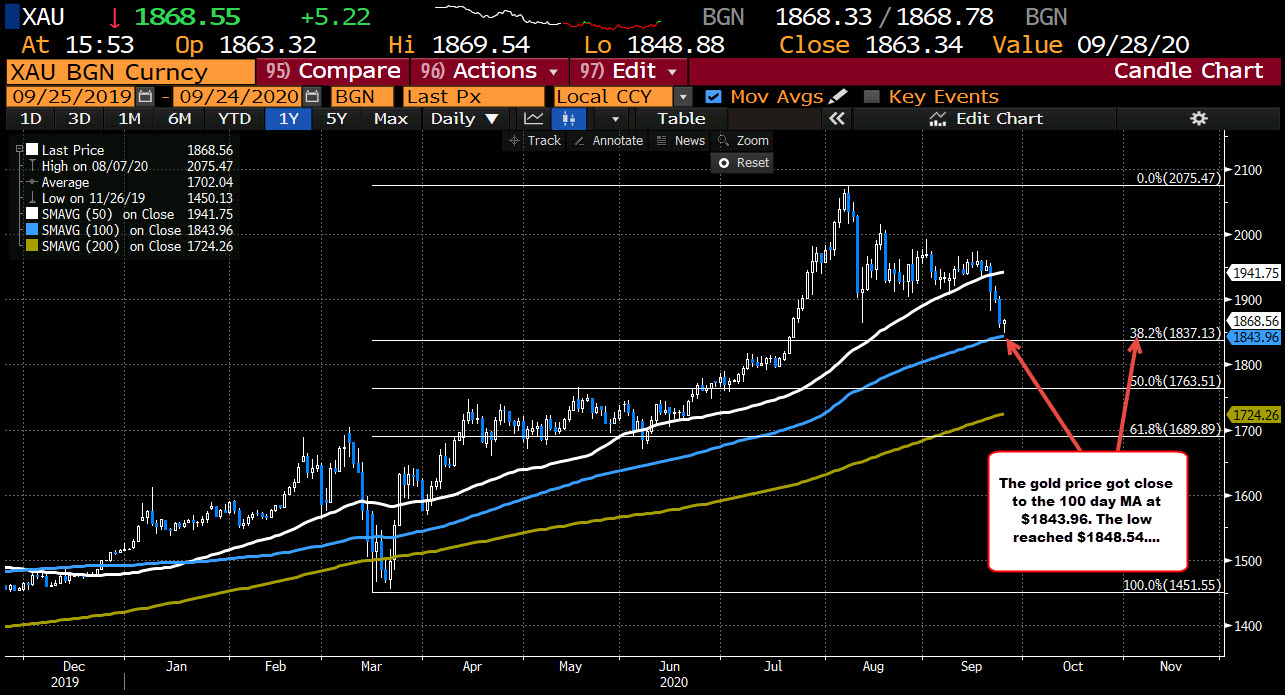 Gold turns positive and is trading to new session highs