EUR / JPY rebounded to 118.52 last week, but has since declined. The initial bias remains neutral this week first and a further increase is slightly favorable. On the upside, the breakout of 118.52 will then target the resistance at 121.14. However, a break out of 115.32 should confirm the completion of the rebound of 114.42 and bring a new test of this trough. 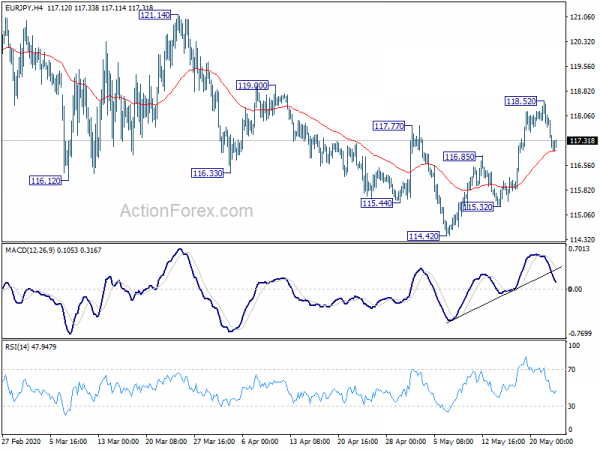 Overall, there is still no clear sign of a trend reversal. EUR / JPY remains well in the bearish channel and below the EMA at 55 weeks. A deeper drop could be observed again 109.48 (2016 low). On the upside, a breakout of the resistance at 122.87 is necessary to confirm the trough in the medium term. Otherwise, the outlook will remain bearish in the event of a rebound. 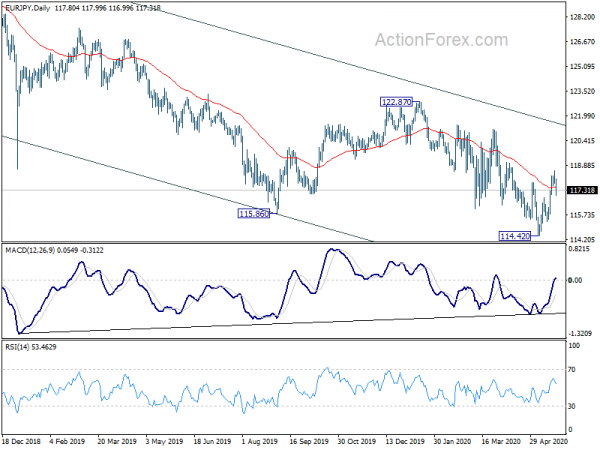 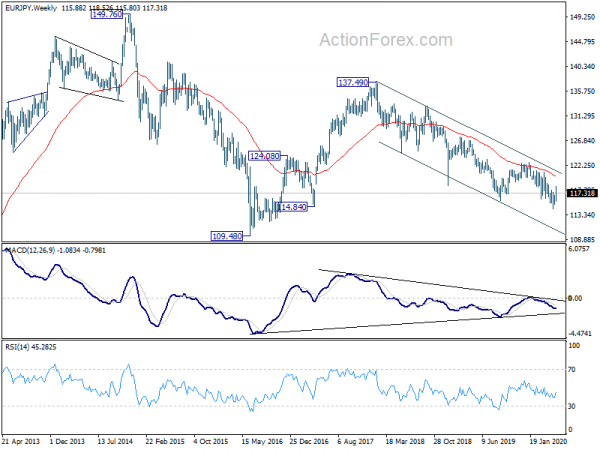 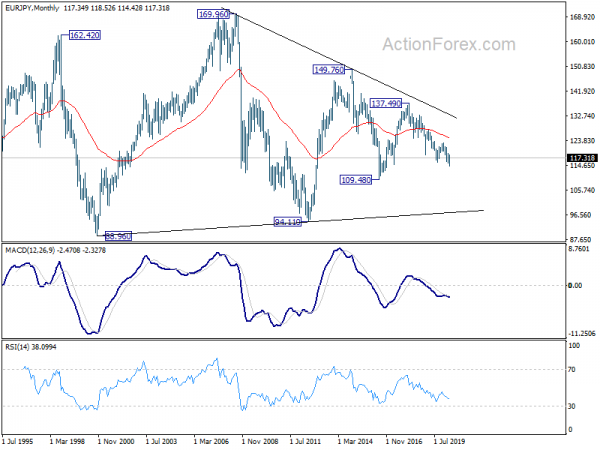 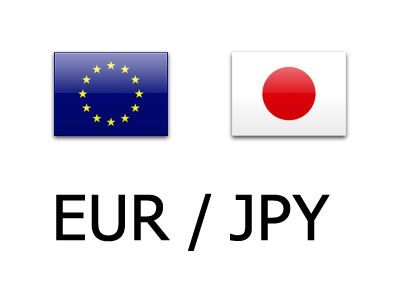